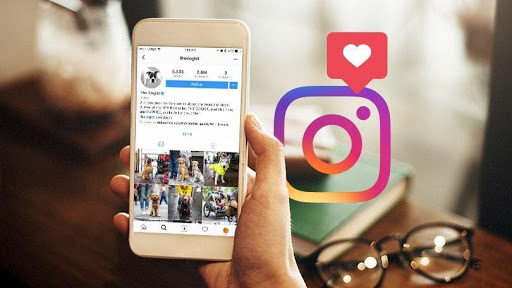 Instagram is always trying out new methods and experimenting to improve their social media growth. Right now, the Instagram chief is planning to add another blow to the user by hiding “likes” on some of the top-notch USA posts. This isn’t the first country where Instagram is trying to work on this experiment, as it has already been implemented in around seven different countries to grab a result out of it. Now, you must be wondering why this important change all of a sudden. Well, Instagram has some thoughts in mind behind this massive revolutionizing change.

A recent tweet from the house of Instagram shows that it is trying to address this note to let the users focus mainly on the videos and photos that you are planning to share. The matter shouldn’t revolve around the number of likes that you got, but the real photo or video you have uploaded. However, users can even get to see the number of likes on their own posts, but that will take a back seat as of now. Some of the countries where Instagram is planning to start this experiment in July are New Zealand, Italy, Japan, Brazil, Canada, Ireland, and Australia.

The dea behind hiding or completely removing the likes:

The first news of hiding the “likes” number was announced in the year 2019, in November by Instagram CEO. The CEO first announced this news to Wired, which then broke this massive news to the world. The main goal of this change was to focus entirely on improving the mental and emotional health of the IG users here.

This is not the first time when Instagram thought of changing people’s perspectives by adding a new measure to its flow. In July, it announced that it is here to implement some of the anti-bullying measures too. Here, the comments will get warnings if noted to be offensive and will prompt the user to see what it is posting before finally doing it. It is also trying to add a “restrict” norm, which will allow the users in here to identify their bullies in this platform.

Then, there was another announcement in September last year when Instagram thought of restricting some of the promotional posts about cosmetic surgery and dieting items to avoid users under the age group of 18 to see it. Then there came the blow of hiding likes in November, which is another experimental move from this social media giant. Now, it might put a hefty blow on the Influencers as most of their monetary values get covered based on the likes they get. However, that didn’t stop influencers from supporting this new move of Instagram. They are supporting it full-heartedly.

How to see your number of likes:

As it has been mentioned already, Instagram is just hiding the likes and not removing them completely. So, the real question is, how can you see the number of likes you got for your post?

According to the CEO of Instagram, this hiding of likes is mainly to improve the organic value of the posts rather than thinking about its monetary value. It might help improve mental health to a great extent. However, this little like button has been proven to be one major or profitable tool for Instagram influencers. If you checked the mark in 2018, you could see that 3.7 million brands are now sponsoring posts on this platform! So that forms a huge deal.

It was Facebook, which first came with this theory of hiding likes. The FB team believes that hiding likes can easily increase post volume. Then you have Instagram, which is testing out that theory in multiple countries. Hiding likes will help users to feel less self-conscious about the posts to put out for the world to see. This measure will work as a catalyst for the users and attract them to post more.

This change is yet to be implemented permanently as it is right now in its experimental mode. Once proven well, this change is likely to help you enjoy Instagram even better than usual.

Author’s Bio:Walter Moore is a freelance writer at gramista and has been writing articles for different publications and sites for the past 5 years. His hobbies include bike riding, fishing and listening to music