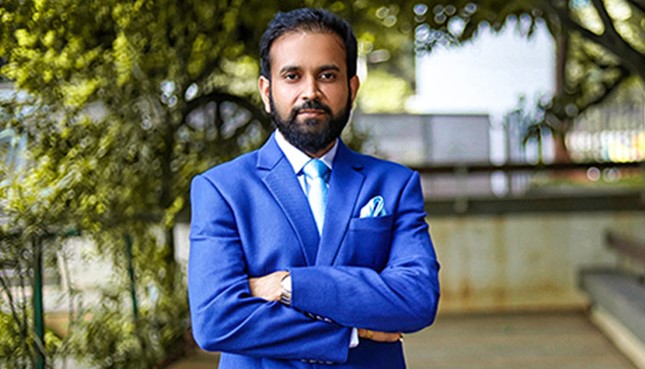 India’s leading Cloud and Data Center company, ESDS Software Solution Pvt Ltd, has developed a rapid lung-based abnormalities detection solution, “AA+ Testing”. An AI/ML based tool that detects lung abnormalities caused due to Coronavirus or any other respiratory ailment, AA+ helps detect it from the patient’s chest X-ray within a few minutes. Globally, various medical practices are in place that uses AI/ML based screening of X-rays and have given promising results. The Solution developed by ESDS aims to assist the medical fraternity in faster segregation of patients based on the abnormality level seen in X-ray and deciding the further course of action for the required treatment. This Solution will play a significant role in reducing fatality rates by early detection of infections in the lungs, especially during the ongoing global pandemic crisis. ESDS Group CEO & CMD, Mr. Piyush Somani stated, “ESDS has always been a through and through Make in India company, where we aim to Digitally Transform the nation with our best-in-class Products, Services, and Innovative Solutions.” He continued to state, “ESDS has been the trailblazer in providing indigenously developed solutions in response to the Hon’ble Prime Minister’s Call for Digital India and Atmanirbhar Bharat. AA+ is an indigenously developed innovative Solution that will contribute significantly to the Atmanirbhar healthcare system”. This Testing Solution will also play a major role in facilitating the early detection of diseases in the rural parts of India, where the healthcare system continues to be relatively weaker than its urban counterparts.

Under the flagship initiative SPOCHUB, the digital tech ecosystem of ESDS, this Testing Solution has been developed in strategic partnership with a Pune-based Healthcare Startup, AA HealthTech, led by a young entrepreneur Siddharth Chaudhary. This startup has been incubated under the Atal Incubation Center (AIC) – MIT ADT, Pune. It has been developed under the guidance of experienced Scientists, Radiologists, and various domain experts. Some of the leading Hospitals are already leveraging this Solution and have shown their trust in it. AA+ Testing Solutions has scanned over 50000 X-rays till date and based on the data, it has managed to gain a 95% accuracy in identifying lung-related abnormalities. Talking on the event, ESDS CGO, Dr. Rajeev Papneja, said: “This highly innovative and cost-effective testing solution is the first step from ESDS to Digitally Transform the healthcare sector, and it reinforces ESDS’ commitment to innovation and transforming lives of a Billion people using Make In India technologies.”

During the pandemic’s second wave, the nation witnessed an acute shortage of Oxygen, the most basic necessity of life. To avoid running a similar risk in the future, ESDS urges the end-users of its Testing Solution to plant at least 1 Tree for a greener and healthier tomorrow. This will also contribute towards ESDS’ mission of raising 1 Billion+ trees by 2024. On the expansion front, ESDS is already in talks with other Hospitals and leading National & State Medical Universities, which can use this Solution at their premises and reap its benefits. Talking about the long-term objectives of this Solution, Mr. Kishore Shah, CEO SPOCHUB, said: “This AI, ML-based Testing Solution can be utilized Anytime Anywhere for detecting respiratory abnormalities and major lung ailments with enhanced accuracy. This Solution will help the medical fraternity arrange beds at early stages, based on priority for those who have serious infections.”