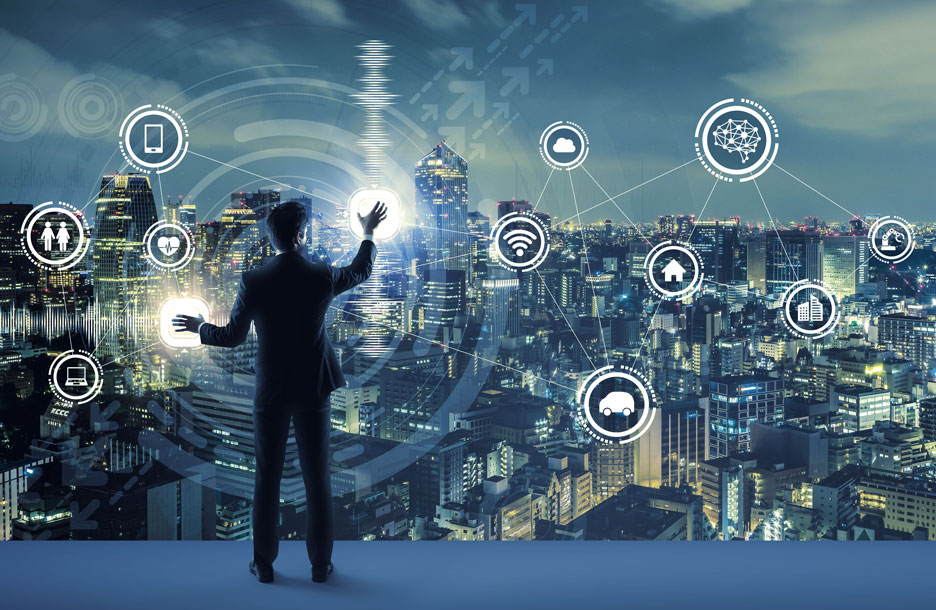 Internet of Things can potentially lead to an infrastructural makeover of any business for the better. But it has its fair share of complexities which problematize its deployment.

It has been 20 years since the term ‘Internet of Things’ was first used by Kevin Ashton in 1999. It was in a presentation to Procter and Gamble that Ashton coined the term to talk about the use of RFID in the supply chain optimization. A decade later, the IOT council marked 9th April as the World IoT Day, identifying IoT as a force to reckon with.

Today in 2019, IoT is nothing short of a revolutionary technology that holds the power to transform the business right to its core. What began with Digital Transformation pervading all levels of organizations, from the factory floors to supply chain, to the top-most managerial levels, has now led the industry to a point where it is ready to integrate all these individually technologically empowered operations into one giant spider’s web.

Talking about the technological trends that have made IoT a possibility, Asoke K. Laha, President and CEO, Interra Information Technologies, says “Some of the trends that we are seeing include are AI, social, legal, ethical IoT, Infonomics and Data Broking, the shift from Intelligent Edge to Intelligent Mesh, IoT Governance, Sensor Innovation, Trusted Hardware and Operating System, Novel IoT User Experience, Silicon Chip Innovation and New Wireless Networking Technologies for IoT.”

The whole point of IoT is to connect all devices to ensure easy accessibility, operability management. What in the hands of the end users is unmeasurable convenience becomes a matter of business value in the context of the For the business, IoT signifies a convergence of the digital and the physical world. The first step is to connect all the devices and machines that a business uses – the physical resources and translate that to digital resources by pulling out data from them. IoT then becomes a way for an organization to generate massive amounts of Data, something that all century technologies from Cloud to Artificial Intelligence converge around.

The fundamental security weakness of the IoT Things is that it increases the number of devices behind the network’s firewall. More than securing the actual devices, it takes more to secure IoT devices and it is also necessary to incorporate security into the software applications and network connections that link to those devices.”

Today, Data is the focal point of all organizations. Be it customer data, employee information, companies’ confidential formula or the performance records of the machines, Data holds the key for the success of any business. IoT collects the Data that is a crucial business asset, while Cloud enterprise to store this data and the domain of cybersecurity keeps this data safe from hackers or leaks, and evolving technologies like Artificial Intelligence and Machine Learning helps process the data. IoT then the foundational step that no business can afford to overlook if it has to survive in today’s enterprise.

With IoT the business can leverage data at multiple levels. Businesses can make strategic decisions based on the actionable insights from the past data, use real-time data to manage operations in the present and use Predictive Analytical techniques to plan the future course of actions based.

Commenting on this potential that IoT brings Karen Ravindranath, Director – WebNMS IoT says, “Continuous monitoring of processes and digitization of data allows easier Root Cause Analysis which when fed into AI and ML systems can provide insights for predictive maintenance and unplanned downtime saving millions of dollars in OpEx costs and impacting bottom line positively.”

streams real-time data, it allows the business the information they need to take immediate actions to ensure streamline operations, say example, repairing a machine that has been reported to be broken down by the sensors. It strategically times the decision-making process so that potential loss of time, productivity and investment can be tackled as and when a complication arises employment of IoT enables the business to streamline workflow, increase efficiency and reduce capital expenses.

Understanding IoT with a use case

When it comes to business activities like manufacturing or logistics, it becomes crucial for the organization to ensure that the basic infrastructure is at an optimum working condition. Prior to the use of sensors with IoT, the approach to maintenance has been out a team to repair the damages as and when there is a report of a machine breaking down. The use of IoT sensors in manufacturing equipment enables condition-based maintenance alerts. Adoption of gives the businesses that real-time data that they can use to predict when a machine needs servicing. So, the sensors will say, pick up from the room temperature and report that a particular machine needs to be looked at.

This brings about a shift from a reactive approach to a proactive approach. There is no longer the need to wait to be notified about a breakdown in order to take actions. By remote management based on business can considerably reduce downtime and through that cut back the companies’ losses.

Commenting on yet another potential use case, Neeraj Sharma, Country Head, India, says “One of the biggest technological drivers of enterprise adoption of IoT devices in India is the fast-growing trend of digital payments. We are witnessing an exponential increase in the number of digital payments across the country, with the market expected to touch $500 billion by 2020. “

The on set of IoT based Digital transformation across industries is a positive sign for increase in the IIoT adoption across enterprises. CIOs and technology leaders have to keenly look into fortifying their operations with data driven synchronization of IT and OT.”

IoT as a comprehensive re-modeling

The interconnected devices, machines and applications that IoT translates to, is not limited to easing operations within the department. But it allows the organization to bridge the gap between its different departments and have a united front when it comes to the management of the business as a whole.

What this means is that, the immense Data that interconnected devices is bringing in for the business is open to being accessed throughout the organization. So, the logistics team can keep a track on the manufacturing process and coordinate their activities accordingly. This implies a conflation of information technology with operational technology in the industries. This results in unprecedented levels of operational visibility.

Hence, the chain reaction that IoT sets off, leads the enterprise towards a highly transparent business model.

Data strategy could be considered as one of the important aspects of IoT applications. It can start from understanding how often data needs to be collected from the end points, to defining any metadata collection and data transformation needs before storing it.”

The other side of IoT

But this is just one side of the coin. Adoption of industrial IoT has its own shortcomings which the businesses cannot seem to get away from. The first being during the process of implementation itself. Because it requires them to overhaul the entire infrastructure or at the very least undertake some extensive upgradation.

Addressing this challenge, Jagat Pal Singh, CTO, Cybage, says,“Gearing up the organization for IoT implementation can be challenging as CIOs will need to justify the costs and predict some ROI on the costs since IoT solutions and systems could turn out to be very costly upfront.”

This means that making the business IoT friendly takes its toll on the overall budget. The fact that IoT brings with it an added vulnerability from the security point of view doesn’t help its cause either. The interconnectivity that marks the foundation of IoT, inadvertently increases the risk quotient of the organization as there are now a larger number of devices serving as the entry point for the hackers to breach the firewalls of the company. IoT, though simplifying operations, also complicates security in the same step. There is no point in having massive amounts of data, if a company does not have the infrastructure to keep it secure from prying forces.

Another challenge that IoT poses, is the lack of standards that govern the functions of IoT. Being a fairly new technology in the enterprise that has not yet to see a high scale adoption drive, IoT comes with , where each player in the market is free to make what they will of the technology without being governed by any standardizing authority. This kind of free reign that IoT enjoys, makes it both exciting and risky to . Exciting, because it is open to experimentation. All organizations can unrestrictedly push the boundaries of IoT as there are no prescribed guidelines to be followed. This unregulated exploration the unchartered territory simultaneously makes the business vulnerable to failure. If an organization can discover a new use case of IoT, they are equally likely to stumble upon a that can potentially compromise their business.

A major challenge is the unpredictability of RoIs. The current level of IoT technology demands heavy investments. And, yet, we don’t have fully defined models of how those returns will be realised, because there is no historical point of reference.”

Therefore, businesses need to be extra careful about where they are heading with IoT. There is potential in the technology waiting to be harnessed, but if not handled with caution, it can also prove to be a rather risky venture.   Abhishek Rungta, Founder and CEO, Indus Net Technologies gives a five steps guide to making an organization IoT 1) Create IoT adoption catalysts within the IT organization, 2) Build a sandbox infrastructure for innovation and experimentation, 3) Prioritize learning projects and pilots, 4) Get the infrastructure ‘IoT ready’ and 5) Partner for success of IoT poses challenges for the business at the levels of implementation, management security. But once deployed well, it can prove to be a game changer for the organization.

Converged IoT system and devices delivers significant capital and operational savings and sustainability over the life of a facility through benefits like decreasing the number of disparate proprietary platforms, cutting power delivery cost per device, enhanced flexibility and less costly moves, etc.”

Growth of the Manufacturing Sector 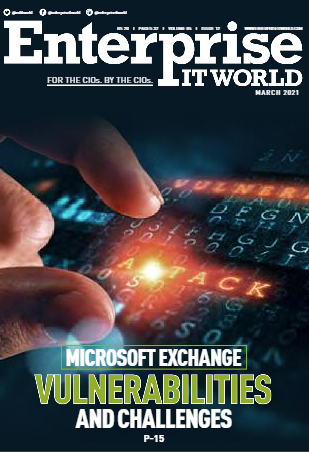