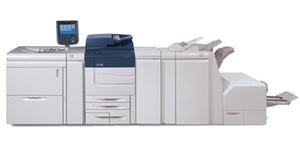 He further added that the newly developed, heat-efficient IH fuser does not require preheating, which helps reduce power consumption in standby mode by 44% compared to a resistance heating device. Also, the power consumption of the scanner using LED lighting is 1/3rd of traditional scanners using fluorescent lamps. With these energy savings, the running electricity costs of the C60/C70 are almost 1/4th to similar press configurations available in the market today.

“We are also showcasing the Xerox Versant 2100 and Phaser 7800 at the PrintPack. Versant 2100 has already seen a great response in the market, with its installations reaching double digit in the past three months; we are sure we will be able to replicate the same success for the Color C70. Phaser 7800 color printer represents the Graphic Arts Gold standard for color reproduction and is extremely useful for proofing applications,” Rajagopalan.