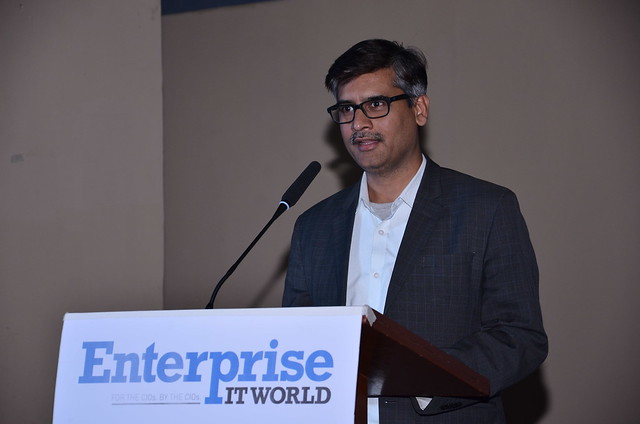 In India, we don’t have the dearth of scale and numbers to demonstrate the use-case of latest technologies, neither there is a scarcity for use cases itself to try out little new technologies in AI, IoT and Cybersecurity and the combinations thereof, that can have tremendous positive effects. One such thought – Why Can’t Out Judiciary Use the “Techniques of False Positive” to build the speed at scale for disposal of remaining “False Negative” cases that have been aging over generations? I have personally experienced how the existing system taking over 14 years to decide on a simple case that was “False-Positive”. Many of you may have witnessed it in some or other context. I think, it has become a social pain and national concern, that requires some healing from the Cyber-Technologies and emerging domain of CyberSecurity.

To make my point bit easier to understand –

First, we have the BIG acknowledged Problem of the Piled up cases at National Level Courts and State Level Courts, Quasi-Judicial Authorities and Crime Convictions / Investigation Authorities, with unreasonable aging. For example, 14 years to decide on a simple matter of lost document by the bank!

Second, we have the real problem of some anti-social elements that are making serious trouble in the systems for the remaining majority of peace-loving citizens. Through false-legal-claims, forged-cases, and now leveraging the technology & social media to bring a compounding effect to the trouble-making. These criminal mindsets need to be dealt with for wrong-doing and be convicted under the law-of-land.

These false cases comprise the major chunk of the piled-up cases – the main issue of this discussion – where it becomes difficult for the authorities to decide who is right, what is correct, in the midst of claims and counterclaims and allegations and counter-allegations – which goes on for years. The typical court drama for even a simple straight forward case of the lost document (False-Positive) that is irrecoverable, unfolds over 14 years to decide. So one can imagine the different shades and multitude of issues and drama-thereof being played every day – indecisively for all such ‘False-Positive’ cases being dragged for years.

If you are wondering what is False-Positive and False-Negative, please consider this –

When in a situation, you raise an alarm or warn about a perceived threat. A threat has a potential to harm – either your-self, business, resources or infrastructure. You are in a situation and being part of the system, the system shall respond based on the threat levels designed related to the alarm and a couple of other co-relations for the given situation. This response can land into an emergency response situation – sort of Red Alert or the response can be analyzed to be a false-alarm, trigged by innocuous or deliberate action. So, a ‘false positive’ is where you receive a positive result of the alarm-warning (or test-outcome) which can actually land into a situation that needs to be dealt with like fire-fighting. Whereas a ‘false negative’ is a false alarm that needs to be controlled as quickly as possible, else it can create a systematic burden on the resources. Resources thus wasted on dealing with false-alarms (false-negative) could have been avoided at an early stage – through the right level of screening and carefully analyzing the issues at the source itself, albeit with required diligence and care.

In the Cyber-World and CyberSecurity parlance, these two terms – ‘False-Positive’ and ‘False-Negative’ are the primary mechanism to wade through the millions of events happening every day in the Large IT Systems and to bring up only the relevant events which truly demands the high-end resource for further processing.

Now, in the context of the judiciary system, if these principles of CyberSecurity domain are applied, it would tremendously help on many counts. The system can thereby reduce the burden on the judiciary to much-much-less. I personally think it will bring down the open-case numbers to less-than half over next couple of years. By applying these techniques of CyberSecurity Domain and Implementing the underlying technologies of AI/ML, ARP, Microservice, and others, now it is possible to harness its power for real cause. However, it requires careful consideration of the Digital Transformation in the judiciary system. To enable such implementations which are directly contributing to their business goals with expected and measurable outcomes for resolving the cases. Cybersecurity Techniques and technology principles can help the case of the judiciary to address the case of False-Positive.

IIM Calcutta Embraces Digital for its Next Term