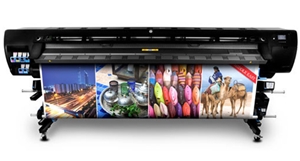 HP Leads the market; Roll to Roll LFPs have prominently fueled the growth of the overall market

According to 6Wresearch, India Large Format Printer market is estimated to reach $31.0 million in 2015. In India large format printer market, Roll to Roll LFPs have prominently fueled the growth of the overall market.

Usage of roll to roll printers across various applications such as print media, textile, architectural, banners, and signboards have led for their market dominance. In the forecast period, share of flatbed large format printers is expected to increase due to their adoption in the advertising and packaging industry announced the press release.

Amongst all regions, Southern region leads the market as the region is witnessing several infrastructure development activities and increasing advertisement spending. Karnataka, Andhra Pradesh and Tamil Nadu are the key revenue generating states in the Southern region. Over the next six years, higher growth in western and northern regions is exhibited due to surging textile and construction activities, especially in Gujarat, Maharashtra, Delhi, Punjab and Haryana.