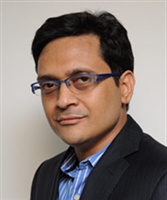 As Indians come to terms with the internet of things, we understand consumers are concerned about how these changes will impact their safety and privacy

McAfee, part of Intel Security, released the findings of its Safeguarding the Future of Digital India in 2025 which examines India’s thoughts and attitudes towards lifestyle and technology trends a decade from now. The study provides insight into how Indians believe technology will impact their homes, workplace, cars, wearables, mobile devices and the intersection of these technologies with online security and privacy.
One of the key revelations of the study was how truly high-tech Indians believe their environment will be in 2025. 92% envision artificial intelligence and robotics helping them in their jobs. 87% believe the refrigerator will automatically add to the grocery list when items are running low and 90% are keen on a wearable device that let you scan the barcode of a particular product (grocery or otherwise) and automatically add it to the shopping cart. 77% Indians also believe that by 2025, they would have been to a house that speaks/ reads to them and 93% are convinced their home security systems will be connected to their mobile device.

According to the survey, 90% of Indians are concerned about what the state of cybersecurity will be 11 years from now. This is not surprising given the near-daily reports about retail and financing institutions being hacked. With new innovations arising every day to make consumers’ lives increasingly connected, Indians may feel hesitant in sharing personal information or adopting these technologies in fear of becoming a victim of a cybercrime. 83% consumers do believe the government will play a more active role in protecting businesses from cybersecurity in 11 years

The study also revealed that as many as 72% of consumers fear their families could fall victim to hackers over the next decade. Many Indian citizens (80%) believe their families will be affected by cyberbullies in 2025. With the number of social networking working sites and the people who frequent them growing, the likelihood of consumers experiencing negative encounters online increases.

“As Indians come to terms with the internet of things, we understand consumers are concerned about how these changes will impact their safety and privacy,” said JagdishMahapatra, Managing Director- India and SAARC, McAfee, part of Intel Security. “With this study, we hope to shine a light on these concerns and I believe that McAfee is well poised to best integrate new innovations with consumer’s online security and privacy in mind specifically targeted at addressing the new-age threat landscape.”

To provide comprehensive security for all customers, improved malware protection and an optimized user experience have been integrated in the newly launched product line, which includes McAfee AntiVirus Plus, McAfee Internet Security, McAfee Total Protection, McAfee LiveSafe™ service and the award-winning McAfee Mobile Security, which was made freely available earlier this year. McAfee’s recently upgraded malware scanning engine offers improved detection and performance capabilities that protects a customer’s data and identity information across all of the PCs, Macs, smartphones and tablets they own. Additional components have also been reengineered to improve performance and enable devices to run faster and efficiently with PC boot-up time that is up to 22% faster than previous versions.

In 2025, Indians believe they will individually have approx. 5 digital devices as compared to an average of 3 today with the household average being 4.
The most common devices in 2025 will be the smartphone (77%), smart watches (75%), tablets (67%), laptops (63%) and connected appliances (59%)
The phone people will be using in 2025 will be one with touch and smell capabilities according to 44% of Indians. Interestingly, in an Android dominated market like India, only 15% believe that the devices of the future will be iOS or Android

Half of Indians (54%), think that they will be unlocking their mobile devices by eye scan in 2025 followed by thumbprint (19%) or voice activation (18%). Only 9% think that the device will still be unlocked by passcode which is amongst the most popular methods today
Almost all respondents (98%) want to put more effort into protecting their digital assets in the future
83% believe that in 2025 people will own a wearable device that sends vitals directly to a physician, saving themselves a visit to a doctor’s office

The Future of Work

Cybercrime is a concern

MSI Research conducted an online survey among 1002 Indian citizens ages 21 to 65, comprising 523 male and 479 female respondents. The interviews were conducted from August 1 – August 12, 2014. 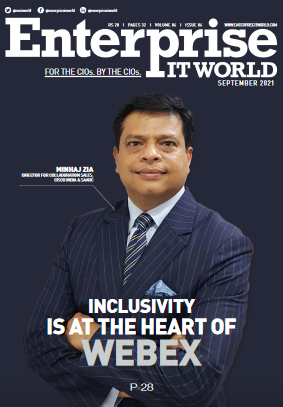