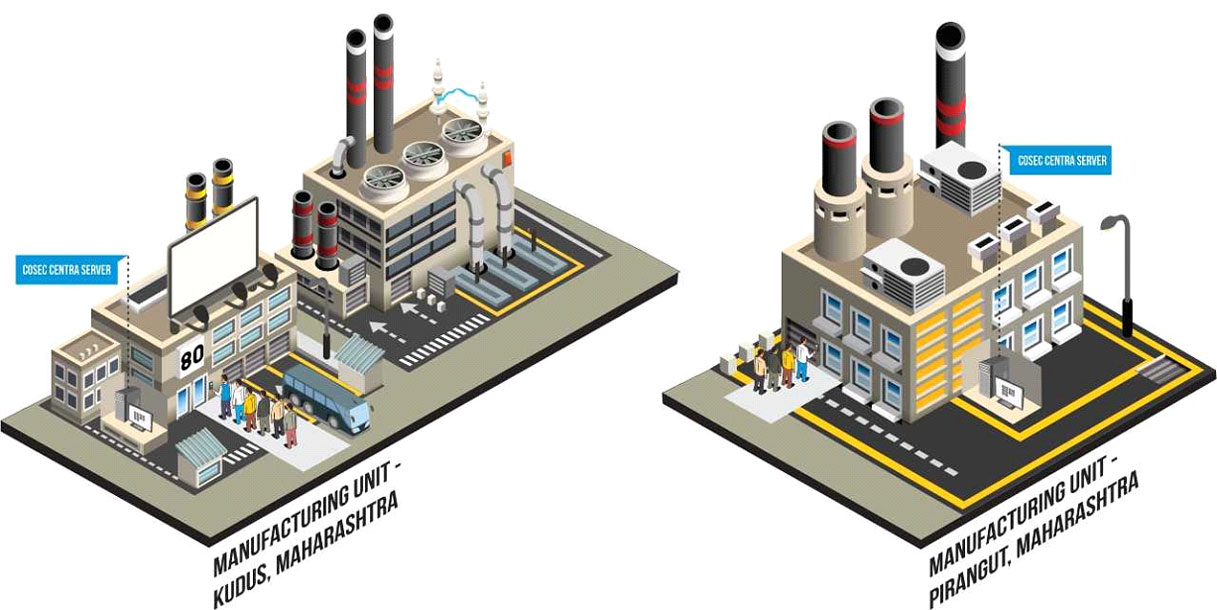 Coca-Cola’s history began in 1886 and since then it has emerged as one of the most valued brands with a net worth of $74 billion. The company owns and markets more than 500 beverage brands across 200+ countries. Over the last 23 years, ever since its re-entry in 1993 in India, the company has gone on to establish an unmatched portfolio of beverages. The Company along with its bottling partners, through a strong network of over 2.6 million retail outlets, touches the lives of millions of consumers. Its brands are some of the most preferred and most sold beverages in the country.

Coca-Cola has established its manufacturing units in Kudus and Pirangut, Maharashtra, India and was looking for biometric solutions to secure their premises. Coca-Cola required individual servers at both locations. Their prime requirement was to restrict unauthorized user entry into secured area. Moreover, they required user punch i.e. events for both the locations separately. However, shortage of power supply ports at both the locations was a major problem. Providing separate power for door lock, biometric device and exit switch was a concern. Coca-Cola was in search of a solution where the basic requirements of user events as well as power issue for devices are solved easily.

COSEC biometric devices have the capability to supply power to door locks and exit switch/reader from the devices itself.