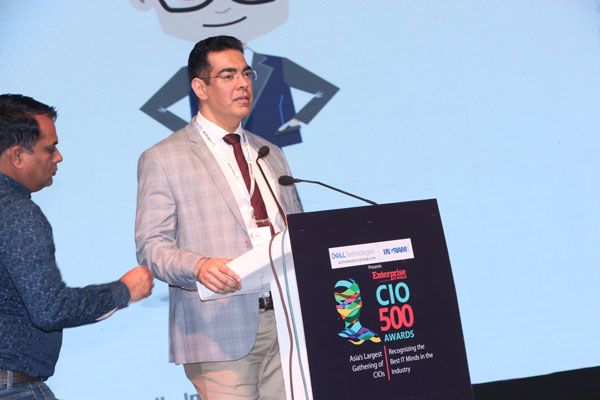 In his keynote address, as he speaks about Automating IT Infrastructure with Dell, Rajesh Ramnani maps out a how-to-guide for the CIOs.

In an era when businesses are turning to hybrid cloud as a crucial stage in their Digital Transformation journey, Rajesh Ramnani, Regional Director – Converged Platforms, Dell Technologies, in his keynote address at the CIO 500 Conclave & Awards 2019, asserts the need to automate the IT infrastructure.

Speaking for the cause of automation, Rajesh Ramnani talks about how it can be the key to monitoring and governing the infrastructure and its consumption by different departments.

How Can You Make Your IT Infrastructure More Automated?

The journey begins with deciding where a business wants its applications to reside. While some applications are pre-disposed to be put into the public cloud like Amazon or Azure, certain other applications require re-factoring before they can be a part of the new hybrid cloud infrastructure.

Mapping out the process for the same, he says, “We start out with a consistent infrastructure layer. The infrastructure layer delivers applications either in the private cloud environment or public cloud. At the end of the day you have to be the user of this infrastructure, so that you are able to understand how much is being consumed by which department and at what point in time.”

“So, this layer does a request automation which informs you the best way to put your applications whether it is on the public cloud or the private cloud. At the same time it allows you to govern the whole system in terms of monitoring the user info. So, at any point, the leader or the CEO has the visibility of how much of the infrastructure layer is being consumed by each department.”