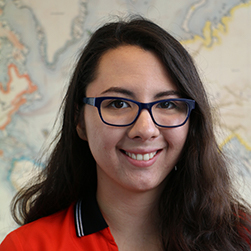 But only 8% have Implemented It

As per TeleGeography’ annual WAN Manager Survey less than 20% of enterprises have fully or mostly integrated network and security teams. More than 40% have separate teams but work closely together on things like SD-WAN or hybrid network adoption. 15% have largely siloed networking and security operations.

“Enterprises are re-evaluating where security responsibilities sit within their IT operations. They are looking at greater integration between security and networking teams that will reduce risk while accelerating the adoption of networking technologies like SD-WAN. WAN Managers recognize the need for stronger relationships between these teams and we anticipate fully or mostly integrated teams growing over time,” said Greg Bryan, Senior Manager, Enterprise Research at TeleGeography.

Interest in Zero Trust Security remains high among WAN managers, while only 8% have actually implemented the IT security model. 31% are considering Zero Trust Security, 19% are in the adoption phase with a fifth of respondents unfamiliar with the concept.

Zero Trust Security is an IT security model where, by default, no user or device is trusted inside or outside of the network. It offers policy-based controls rather than a legacy “castle and moat” architecture. It has been designed to prevent enterprise data breaches.

“Zero Trust Security is making the move from buzzword to serious consideration. WAN Managers recognize the opportunity in going beyond legacy models and exploring the potential of Zero Trust Security in their organizations,” said TeleGeography Analyst Elizabeth Thorne. “The challenge for CIOs is to understand the foundations necessary to make ZTS a viable security solution. For example, in order to have user or device-based security policies, you first need to identify every user and device on your network—no small task for many enterprises. Regardless, any time a new architecture is proposed there will be hesitation and a period of assessment before adoption ramps up.”