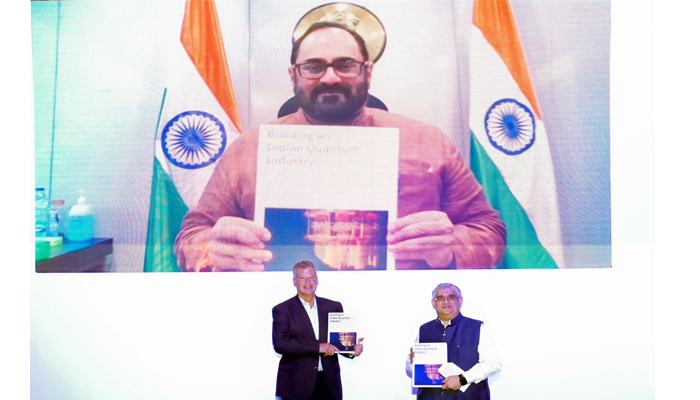 The unveiling was followed by a roundtable discussion on Quantum, hosted by IBM that brought together an esteemed panel of leaders and experts on the technology from academia, research, government, and industry. As quantum computing nears commercialization in this decade with many governments and organizations across the globe planning their quantum roadmap, the panel deliberated on – four essential areas: Skilling and Workforce and Enablement; Economic Development and industry; Research and development and quantum services and infrastructure.

Shri. Rajeev Chandrasekhar said, “Post-Covid, India’s ambitions have been reimagined, and there is a very clear sense of confidence that we can afford to re-draw the future, re-imagine the ambitions that we have, and the expectations that we have as a nation. The PM has referred to this decade as India’s Techade where technology will play a significant role in our growth, our expansion, the way we get opportunities and jobs. That is a visible manifestation of these reimagined ambitions. The Prime Minister had laid out a framework for a collaborative model in which the best young minds in the industry, government, and academia will work together for creating leadership, and capabilities in emerging technologies. This model includes startups as well.”