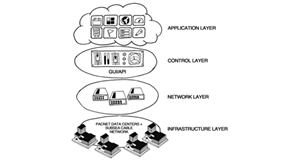 Next geographic rollout planned in Korea and Taiwan

Pacnet has announced the availability of its Pacnet Enabled Network (PEN) in data centers throughout Australia, Hong Kong, Japan, Singapore, and now the United States in response to strong market demand.

The company said that PEN is a fully automated software-defined network (SDN) providing a flexible and scalable service platform that is agile and lowers total cost of network operations.

This market growth is primarily driven by the increasing demand for cloud services. As a result, today’s businesses are expecting network gear purchased to be ‘SDN compatible’ or upgradeable announced the press release.

As per the release, Pacnet will continue to expand PEN’s availability on a global scale throughout the rest of the year, with the next geographic rollout planned in Korea and Taiwan providing customers with scalable bandwidth, integrating software-enabled intelligence with Pacnet’s unsurpassed network of data centers and undersea cable infrastructure.