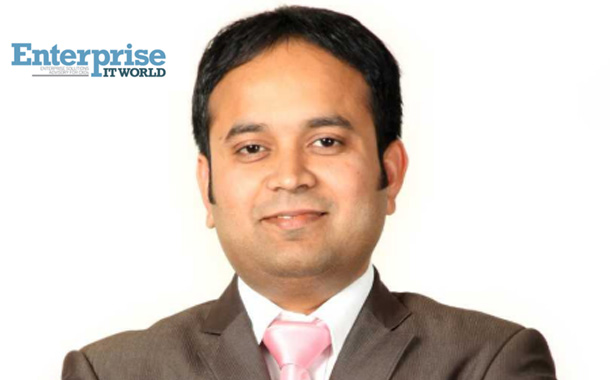 How do you expect the year 2019 for India from the industry growth perspective?

Now-a-days when we generally talk about 2019, the first thing which comes to our mind is the 2019 general elections but evidently it is also going to be an important year from an industry point to view. Since the last decade, we have seen a lot of corrections that has happened in the industrial sector, equity markets and banking sector in regards to certain trends or processes because a lot of things were heading in the wrong direction which are now being corrected. In 2011-2012, I noticed a trend among small industry owners who wanted to cease their operations and get into real estate because they thought this field has a lot of money to offer. Obviously this did not go as planned because the real estate market collapsed post 2013. Similarly, there was another trend where certain industrialists wanted to take huge debts and run their businesses but later they were denied to draw more debt because of huge losses. And then there were genuine industries which needed small funding for their business but never got any. So a lot of rectification has happened over the years which has now finally set the tone for aggressive growth of industries. Today I see new generation start-ups and small industry owners who are very well aware of their goals and thus work passionately rather than getting into real-estate or Share Market or switching their field and hence this is exactly why the future of industries is shaping up nicely and we can see double digit growth in 2019.

Do you think 2019 election will slow down the market growth in India therefore the investment on technology from the industries?

The entire election season or the government which wins, is hardly going to make an impact on the industry or the industrial growth because certain policy corrections which the economy needed has been done and implemented. Banks will have the required money back with them to lend it to organizations and industries because the Supreme court and RBI has very stringent policies and are now better at monitory decisions. Henceforth, any new government which wins the election, won’t be able to make colossal changes and so nothing much would be changed. The 2019 elections don’t mean much to me considering the industries are moving in the right direction. Looking at India’s rapid growth, we have more than 100 crore people amongstus with Millions of them seeking to be entrepreneurs and industrialists and they are definitely going to positively shape India’s future.

Which verticals are likely to invest more in 2019?

This year a major part of investment would be reserved for the infrastructure growth in the country. Infrastructure investment in India is lagging 20-30 years behind top 2 developed countries and that is why we need to continue with major investments for building road and rail networks so that the entire investment project boosts the industries to focus on road transport. I predict 2020 will be the year where we are going to witness huge investments in the aviation industry. Technology is one such area which is going to see a lot of investments due to new generation developments which are crucial for the growth of IT scenario in India. We have power supply 24/7 and mobile networks which has put our entire backbone in place so that technology can start transforming India which will also drive the growth for small industries from next year onwards.

How IT Infra market is going to evolve in 2019?

How IT Infra market is going to evolve in 2019?

At ESDS we offer cloud services to our customers such as Infrastructure as a Service and Platform as a Service which enables them to make their technologies relevant to their end customers. In 2019 our focus would be to enable a very strong platform and infrastructure to ensure that the ISVs and technology providers focus on special business cases as we help them reach the end customer by rolling out our services very efficiently. We are going to see IoT play a crucial role next year along with Machine Learning, ERP implementation and robotic automation and so we are prepared to offer a very strong and robust platform for all these new generation technologies. We will be completely supporting our ISV partners and channel partners so that they have maximum success in their business.

What kind of potential challenges do you foresee for the year from the Enterprise Infrastructure point of view?

India has always been a price sensitive market and the issue goes deeper and deeper when government organizations and SMEs negotiate very intensely while procuring infrastructure. We see multiple rounds of negotiations which are carried out between the officials and lenders before procuring a product, which dent the future hopes of Indian organizations while converting a deal. Currently there is no trace of equity infusion from foreign players in Indian firms and our banks are not able to lend huge amounts to industries because businesses are not making the kind of profit they should make in India. The big IT firms of India are making a fortune in foreign markets but are not able to do the same in India due to the price sensitiveness culture in Indian enterprises. So the change needs to happen soon or else the Indian enterprises will face serious consequences due to price sensitiveness among Indian enterprises, government and SMEs.

What are the major CIO challenges for 2019, how would you mitigate and stand different from the competition?

Consolidating the infrastructure and technology landscape, optimizing the cost and implementing next generation technology on an OPEX model is currently the major headache of a CIO in India. Currently in India the CIOs want all these things from a single service provider and so they are on the look-out for the best cloud service provider who will take care of all these things for them. Multinational Cloud service providers who have entered India are now starting to offer lucrative schemes and these CIOs find it very difficult to refuse these offers due to the brand name and the value they add to their business. But in future when these foreign CSPs hike their prices and increase costs on services, the CIOs are left in a very difficult position because they need to shell out a lot of money to keep using their services.