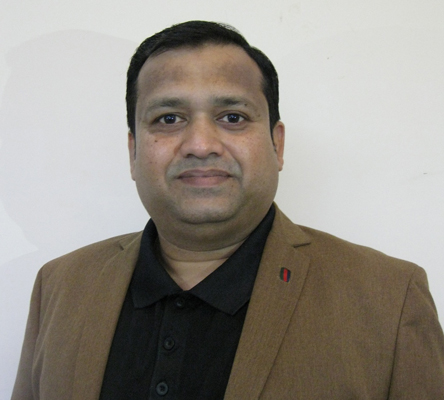 Video surveillance and security play a huge part in our everyday lives. With all the evolving technological dynamics today, captured video footages serve more than being simple visual assistance in security monitoring. Thanks to the Industrial Automation and the Internet of Things (IoT), videos are now analysed by intelligent analytics software, to produce reports and deductions that can help meet the requirements of the customer.  Video analytics can help in deriving specific information such as crowd flow management, object indexing, intrusion detection, vehicle licence plate recognition, and facial recognition. With precision in results coming from video analysis, it has helped organisations make quicker decisions and also brought down the dependency on manual security processes.

Data produced by surveillance cameras are traditionally stored in private data centres or in the cloud. The analytics process that includes computing and storage, and networking, is run entirely on these cloud servers.

However, with everyday changes in businesses models, sizes of infrastructure and customers’ requirements, there has been debate on whether cloud computing is the best solution, or if there can be an alternative.

Cloud is a server-based computing process that revolves around large, centralized servers stored in data centres, which is managed and maintained by third party providers. After data is generated on an end-device, such as cameras; the data makes the journey to the central server for storage and processing. With improved technology providing more bandwidth and high-quality cameras collecting large amounts of data, cloud-based video analytics has been a default choice for many. Cloud analytics is considered agile and it can be effectively scaled up or down depending on overall usage, user requirements, and the size of a company.

Pros: Server-based video analytics offer tremendous processing power and are optimal for a centralised VMS infrastructure. As there is no limitation to the video analysis, scalability is not an issue, which means that multiple analytics applications can run on any camera simultaneously. In comparison to on-premise computing, cloud set-up is not dependent on the camera’s ability to process data since the computing happens in the server. Also, signing-up for the cloud relives the organisation from worrying about the infrastructure maintenance.

Cons: Cloud requires a high bandwidth and data processing may not happen in real-time, thus latency becomes an issue. Overall, the connectivity, data migration, and bandwidth features can be expensive too. Also, data is stored in data centres scattered around the world. This also poses security and data control issues for the client. This is universal to any form of cloud computing.

Again, cloud-based analysis work best only if the incoming video stream meets a minimum quality level, which is defined by frame rate and resolution.

On-premise or edge computing refers to computing inside the premise of the devices, when the data is stored locally within the network geo-fencing, and the analytics are run by the capturing device itself. In a VMS setting, the device (IP camera) becomes the edge, which in addition to capturing the data, also processes it and shares relevant information with the cloud.  As cameras are embedded with “brains” for computing, and that it happens at the edge of the network, it is also known as edge computing.

As an example, a location has hundreds of surveillance camera deployed, with each camera generating tons of gigabytes (GB) of footage daily. This will be altogether several terabytes (TB) of data collectively.  Sending such large amount of data to the cloud for processing will be overwhelming and there will be bottlenecks of network bandwidth causing a high latency rate, which is not ideal for security analysis report generation.

On-premise has advantage for actions like facial recognition inside a premise, which will raise the alarm for security staff if unidentified person or non-registered personnel is captured in areas with restricted access.

Similarly, with edge computing, unusual events or behaviour captured on the device, can raise an alert in real-time for security teams to be deployed.

Pros: The information processed on edge does not leave the premise. In simple terms, the data do not go out to the cloud. Also, to take maximum advantage of AI technology and IoT devices and systems, edge computing is inevitable. On-premise infrastructure distributes the resources and services of computing, storage and networking in a system-level horizontal architecture, along the range from cloud to on-premise. This reduces the data transfer load from the edge to the cloud and the computation and storage are performed within the edge or near it. Besides that, edge computing can process the video streaming in a remote location that has bandwidth issues and cannot wait for the cloud to process the data and respond.

Cons: As mentioned earlier, with cloud computing managing and maintaining the infrastructure lies with the vendor. However, with on-premise computing, there are operational costs, and risks that must be taken on by the owners themselves. Other than that, there could be designing constraints, if the on-premise computing must be scaled-up which will involve procurement and management of additional on-premise data storage and processing devices.

In large-scale expansion of the infrastructure, cloud can prove to be a more feasible and efficient option than on-premise. Also, on-premise will have a limited capacity than cloud, and it may falter if processors are over-loaded with data.

A Hybrid Approach to Video Analytics

It is apparent that no one single solution can replace the other and both have respective individual strengths.  There are pros and cons to both cloud-based and on-premise approaches, but both cannot be stand-alone competitors but rather become parts of a unified infrastructure.

Hence, understanding these differences can help end users choose the optimal approach for their type and size of business.

For certain requirements, a combination of both edge and cloud or a hybrid-computing infrastructure could result in the best outcome. Recorded visuals generated and processed on the edge can later be uploaded, shared, and accessed from the cloud. With edge devices, like IP-based cameras, audio recorders and other sensors, there will be an inevitable need to balance both cloud and on-premise options. On-premise is preferred for processing time-sensitive data, while cloud computing is used to process data that is not time-driven.

Given how businesses will increasingly start to engage more with emerging tech post COVID-19, it is time organisations rethink their video analytics strategies and adopt a more hybrid approach encompassing both cloud and edge to decentralise decision making. The right-fit architecture must be aggressively studied by organisations before deciding on the best IT infrastructure for their video analytics job.

Synoptiq Infosolutions: Positions to be a Partner against Security Challenges