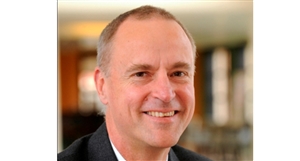 According to Dimension Data 2013 Global UCC Study, IT decision-makers in large organizations are predicted to spend US$ 53 million on services to support unified communications and collaboration (UCC) over the next two years. However, this spend could be at risk without user adoption.
The study also noted that over 78% of the IT decision-makers polled said they have a current strategic plan and budget to implement “select components” of UCC. Additionally, 43% have a budget for ‘most components’ of UCC, while 42% of decision-makers indicated they have a budget to proceed with investment in “all or most aspects” of UCC.

Craig Levieux, GM (Group), Dimension Data (Converged Communications), said, “Of those IT decision-makers who had made major UCC investments in the past two years, a high 61% cited measurable cost savings, employee uptake and employee productivity. This sends a strong message to organizations that don’t recognise unified communications as a strategic productivity and cost-saving weapon.”

He further added, ““When we analyzed the strategic approach that enterprises are taking towards UCC, the BYOD trend, the focus on mobilizing UC and social collaboration, and inspirational goals to increase business agility, we were surprised that only 38% of large enterprises reported that they profiled their users. Of those who don’t profile users, around 20% have simply not thought of doing it. More alarming is the fact that 21% believe their employees all have the same requirements, while 13% did not see the value in profiling.”