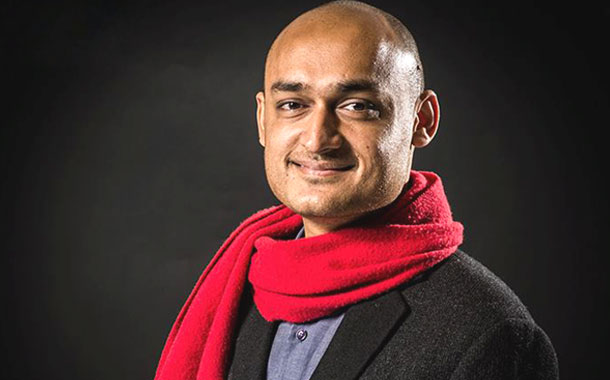 Auto rickshaw drives would never be treated or perceived now the way they have been perceived for ages. Thanks to the ICT evolution and efforts of some startups, who through Ola or Uber equivalent Apps, are trying to change their lives and bring respectful earnings.

The auto rickshaw market in India is 10 times the size of the taxi market in terms of rides/day. In spite of that, auto-rickshaws have remained highly underutilized due to inefficiencies prevalent in the conventional hailing procedure. People find it inconvenient to hail an auto-rickshaw by the roadside owing to various factors such as availability and fares. The drivers instead remain idle most of the time and whenever they get a chance, they overcharge the customers. This in turn, makes customers think that the auto-rickshaw drivers are unreliable, creating chaos at both ends.

“Initially, we faced reluctance by auto-rickshaw drivers to adopt a technology based App as a means of earning their daily livelihood.”

We have seen the streets of US where some cities allow vintage auto rickshaw rides and they are overpriced and people hail their toil and pay them hefty. But in India things are different. However, things are going to be changed for better now as the startup have started focusing on the auto-rickshaw market by creating aggregator Apps. For example, the Apps like Poocho, mGaddi, Jugnoo, etc. are becoming popular day by day. Even Ola, the Indian – developed App for taxies bookings have also given access to book auto-rickshaw. This not only creating respectable livelihood for the auto rickshaw drivers but also giving easiness to the passengers and in turn creating IT entrepreneurs in India.

The number of these App providers are growing gradually. This is natural though in the country like India but sustenance is a very big challenge. Maintaining Apps, updating it and securing it from the unauthorized access is a big challenge and the developer companies need to have money power to do so, which they raise from various domestic or international lending agencies. But dealing with auto-rickshaw drivers is no mean task?

Samar Singla, CEO & Founder of Jugnoo said, “Initially, we faced reluctance by auto-rickshaw drivers to adopt a technology based App as a means of earning their daily livelihood. It took a lot of convincing and training to get them on board with Jugnoo.”

So Jugnoo is a mobile App, aggregating auto-rickshaws via technology and enabling optimum utilization of resources. The company has raised $11.5 million in two rounds of funding till now from the investors like Snow Leopard, Paytm and Freecharge.

Singla added, “Jugnoo aims to double the income of every auto rickshaw driver in the country and provide reliable and seamless rides to users at affordable prices.”

The cost of the App for auto-rickshaw drivers is zero but what the auto rickshaw needs to have is a smartphone with Jugnoo App installed in it.

The company has head count of 30 developers who are responsible for developing the App and the senior leadership of the company including the CTO and Co-founder, Chinmay Aggarwal and Product Manager, Saurabh Wadhawan – both manage and update the App under their own supervision.

Singla maintained, “There is no call centre involved for Jugnoo. We operate entirely from our App. To use our App, all one needs to do is install the Jugnoo App on their smartphone and they can then book their ride with just a single tap.”

The App has been created in such a way that it works on 2G network and takes only 4 MB space in the phone. Plus, the fares of Jugnoo are cheapest as compared to most of the competitors.

Today, only Jugnoo has about 2.5 million registered users and is present in 29 cities of India against the mammoth population. There are about 5 million auto-rickshaws in the country and at present Jugnoo has over 10,000 auto-rickshaws on board.

So, when it provides extra revenue for the auto- rickshaws, the App developers’ revenue comprises from the convenience fee from the users and some percentage from the auto-rickshaw bill –to be precise is 10-15%. It means the more people use the App, the more is the revenue for the developers. Therefore, the experience of the interface has to be exceptional so that people use it again and again. Jugnoo gives its users an option to pay via Paytm. Users even can rate drivers in Jugnoo and this feedback is analyzed at a regular basis to maintain quality of drivers with Jugnoo.

Singla concluded, “We intend to be an undisputed leader in this space and capture at least 10% of the total auto-rickshaw market in the country. Currently, we are present in 29 cities of India and we plan to expand our reach to 100 more cities by the end of next year.”

When the company is also expecting a break even by FY 2017, they also launching their B2B initiatives. And pilots are in process with some of the biggest e-commerce companies in the country.

Even though technologically and user interface wise, the App is very user-friendly, light weight and inexpensive, but there is required certain amount of marketing activities. To which, the company addresses largely through word of mouth and also engages in user referral campaigns through social media.