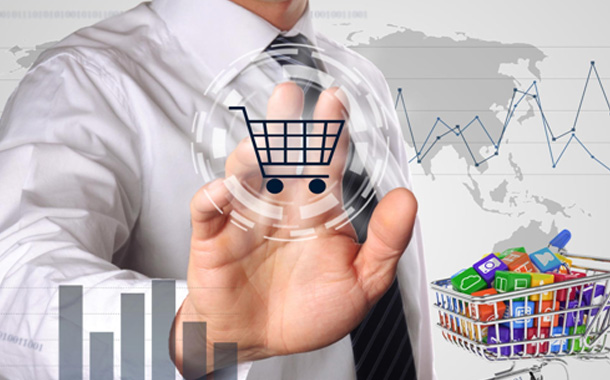 As the government provides much needed clarity to the sector with its policy guidelines, players are abuzz with the centre’s intent in maintaining a level playing field for the online and offline markets. The Modi government is trying to structure and spur the sector that has been attracting large sums of foreign investor money. The policy might look commendable; there are some wider issues and implications that might render it as an incomplete solution.

With a view to bringing clarity, the Department of Industrial Policy & Promotions came out with their guidelines with regard to e-commerce sector, permitting 100% FDI through automatic route in the B2B model. The guidelines came with definitions defining B2B and B2C marketplaces hoping to render a more technology oriented approach to the Indian e-commerce markets. The move for 100% FDI in B2B marketplace was welcomed by many key Indian and international players, who regarded it as the right step forward in attracting investment as well as giving preference to the domestic local seller over capital equipped entities. The government’s decision to not allow FDI in the B2C segment is another which is expected to create a much more breathable environment for small time local vendors and sellers.

“We believe that restricting sales of a vendor to only 25% of the sales in the marketplace may prove to be restrictive, more so if the vendor sells high value items. The industry might face difficulties in case of sale of electronic items, where a vendor maybe offering exclusive access to certain items or discounts.” – NASSCOM

Apart from this, the government has put a restriction, capping sales from a single vendor for a marketplace at 25%. This particular decision was hailed as game changer by players, critics and experts, as this would create a stumbling block for companies that disguise themselves as B2B whilst operating in B2C segments. This would force a number of domestic e-commerce companies to revamp business models as many such have independently registered vendor firms of their own have majority share of the sales on their portals. However, it remains to be seen how effective a check the government keeps on this restriction which can be perceived to be the most prominent influencer in the achieving the outcome intended with this reform.

“I think it is a great move. This will further strengthen the investor confidence in the Indian economy and furthermore help create cleaner ecommerce models.”
– Hitendra Chaturvedi, CEO, GreenDust

Widely acclaimed as the most beneficial point in the government policy is the restriction on e-commerce companies from directly or indirectly influencing the sale of goods. This would be a blessing for the offline multi brand retailers who have been unable to tackle the failing footfall due to the attractive discounts and cut throat pricing customers can avail online. The offline retailers which consist of stand-alone shops and vendors in shopping malls had been facing increasingly stiff competition from online marketplaces which were able to leverage tons of investor money to give away huge discounts. Not being able to influence pricing is expected to give much value back to the brick and mortar outlets.

“Earlier it was a fight between capital and local sellers. Now it will be local sellers vs. local sellers. Business will not be built just on discounts but also on true value a platform builds.”
– Rahul Agrawal, CEO, MebelKart

The government’s proposed restrictions and directions for e-commerce businesses might appear to bring clarity and transparency to the structure, but there are lesser visible aspects of the retail trade that might render the policy just cosmetic. Although the government has rejected the idea of FDI in inventory based business models, ambiguities like a lack of clarity between B2B and B2C might allow e-commerce companies to bend the rules through documentation and legalities. Many big players supposedly operating as B2B platforms enabling buyers to meet sellers already have warehousing capabilities in place apart from handling the documentation, sales, logistics etc. Such companies might keep on plying in the B2C segment, disguising as buyer-meets-seller platforms, use their own inventory based models and have their vendors come out with the billing. Making the vendors responsible for sales and after sales operations can be termed as just another superficial guideline as the guarantee and warranty aspects of any product have traditionally been the job of the manufacturer or vendor. Keeping a vigilant eye on such unethical practices would be crucial.

“While the guidelines seek to provide clarity on the current policy, the language seems to suggest that the policy will take immediate effect. Some of the restrictive conditions prescribed under the guidelines could also pose significant challenges and would therefore need to be evaluated closely”
– Kalpesh Maroo, Partner, BMR & Associates

Talking about creating a level playing field, restricting prices and outside investment in inventory based models is surely not the solution to the struggles of MBR outlets across the country. The government by policy allows only a 51% FDI in multi brand retail outlet (there is 100% FDI for standalone brands). Couple this with stringent clauses like 30% sourcing from small enterprises, minimum investment value of $100million and individual state approvals almost make foreign investment in the sector prohibitory. With such tough to meander laws, there’s a possibility that none of the restrictions on online marketplaces might turn out advantageous for the offline counterparts.

For the customers, one can be sure that the days of mouthwatering deals and discounts in Indian e-commerce might be over. These restrictions coupled with single vendor sales share capping will further mar the USP of online shopping as shoppers might no longer be able to avail the wide array of choices and large quantities available from a single vendor. As such, the new guideline might deter ‘big sale days’ and other such customer friendly practices on online marketplaces.

“We have been working hard to build the required digital infrastructure that allows merchants to build their businesses online. This announcement is a clear vindication of our approach. We would like to thank the government for clarifying this.”
– Kiran Murthi, CEO, AskmeBazaar

Taking the entire picture into account, the guidelines can be termed beneficial for the sector, but it addressed the larger aspects of the rifts between online and offline retail only partially. 100% FDI would surely bring in a ton of foreign investment into an already flourishing and heavily invested in Indian e-commerce market and the definitions and written guidelines would bring much needed consolidation to a rapidly growing but equally unregulated sector. Allowing 100% FDI in technology platforms enabling buyer-seller interactions and easy business operations is a boost undeniably, but to implement the idea of a level playing field, the government needs to give a real push to the offline segment, rather than bringing the online marketplace to its level.

However, apart from giving it clarity and structure, adherence to the policy guidelines and regulations will be much dependent on checkpoints and vigilance in administration and implementation of the part of the government. The policy is out and players in the sector are already underway incubating as to the best possible approach for them going forward, but how the sector unfolds in the face of the guidelines, only time will tell.

SAP Labs India One of the Best Workplaces in Asia