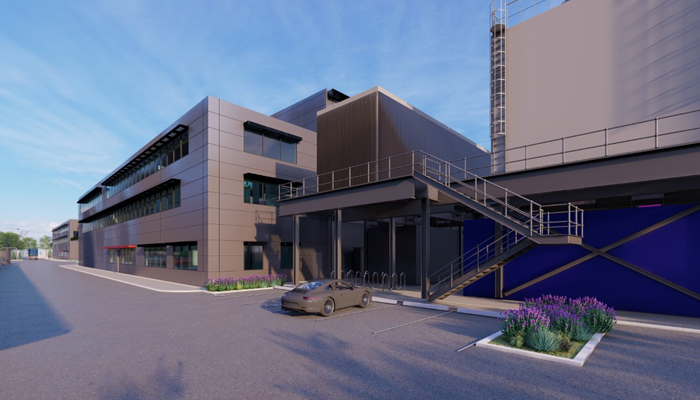 Equinix and PGIM Real Estate, the real estate investment and financing arm of PGIM, Prudential Financial’s* global asset management business, today announced the opening of the first xScale data center in Sydney, named SY9x. This milestone follows the closing of the US$575 million joint venture between the parties in March 2022.

With the closing of the joint venture in Australia, Equinix’s global xScale data center portfolio will be greater than US$8 billion of investment across 36 facilities and expects to deliver more than 720 megawatts (MW) of power capacity when fully built out. Including SY9x in Sydney, Equinix currently operates nine xScale data centers across all three regions including FR9x in Frankfurt, LD11x and LD13x in London, OS2x in Osaka, PA8x and PA9x in Paris, SP5x in São Paulo, and TY12x in Tokyo. An additional eight xScale builds are under development for approximately 70 MW of incremental capacity.

Australia’s cloud computing market is expected to grow by 12.5% to reach US$14.1 billion in 2025, supported by large scale digital transformation initiatives across both the public and private sectors.[1] Furthermore, according to the Global Interconnection Index Volume 5 (GXI Vol. 5), a market study announced by Equinix, Sydney is forecast to have an estimated 43% compound annual growth rate (CAGR) for enterprise private interconnection to the cloud and IT providers between 2020-2024, which is one of the highest in the Asia-Pacific region.

As the first of the two data centers to be developed and operated under the joint venture with PGIM Real Estate, SY9x currently provides more than 14 MW of power capacity and will provide more than 28 MW when fully built out to meet the surging demand for cloud-based platforms and services among businesses in Australia.

By deploying at Equinix xScale data centers, hyperscale companies can add core deployments to their existing access point footprints at Equinix International Business ExchangeTM (IBX®) data centers, enabling their growth on a single platform that can immediately span 70 global metros and offer direct interconnection to an ecosystem of more than 10,000 customers.

·         Equinix is a leader in data center sustainability and is greening the supply chains of its customers. It is the first data center operator to commit to reaching climate-neutral by 2030 globally, backed by science-based targets and a sustainability innovation agenda.

Morgan Laughlin, Global Head of Data Center Investments, PGIM Real Estate, said, “Since 2013, PGIM Real Estate has been investing in the vibrant and growing data center sector and we are now delighted to be opening our first hyperscale data center in Australia in partnership with Equinix. PGIM Real Estate is projecting to continue expanding its investments in the global digital infrastructure sector, and we view our co-investment relationship with Equinix as an extremely important component of that strategic effort. In line with PGIM Real Estate’s strong commitment to sustainable building practices and reducing global carbon emissions, we are seeking opportunities to both use renewable energy at our assets whilst also to grow our investments in the renewable energy sector in tandem with the expanding focus on data centers.”

Guy Danskine, Managing Director, Equinix Australia, added, “To address the increasing demand for cloud and digital infrastructure, the opening of our first xScale data center in Australia in tandem with the continued expansion of our International Business Exchange data center capacity across the country ensure more and more organizations can implement their digital-first strategies. This infrastructure enables our customers to scale their operations, deliver exceptional customer experiences and unlock the value of artificial intelligence, machine learning, 5G and other emerging technologies.”