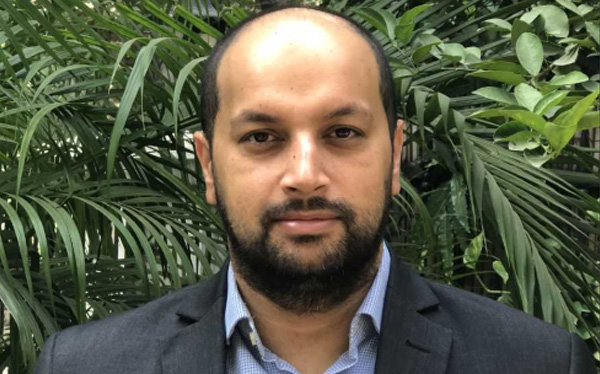 Recently, someone had put up a facebook post of how office desks have evolved over the years. The post showed a series of photographs depicting each era in the office; the early 20th century, late 20th century, the beginning of the 21st century and today! Here’s what happened chronologically. The huge stacks of files became smaller, colossal piles of paper disappeared and along with it also vanished-pen stands, inkpads, stamp pads, pencils, erasers and a whole lot of other stationary. The typewriter was replaced by the desktop and then later on by laptops- as thin as plywood! The clutter around the desk also disappeared and what do you now find? An all pervasive smart device! Similarly- filing racks, storerooms and libraries too are on their way to becoming a thing of the past thanks to Cloud computing!

Private cloud primarily refers to a model, where-in the IT Services are made available over a private IT Infrastructure for the dedicated use of the organization. The idea behind Private cloud is to have better control and security. There is another school of thought who opine that the cloud model has evolved with the idea that the organization need not build and manage the compute infrastructure. Thereby, at any given point in time the debate will go on, Private cloud or Public cloud?

The simplicity with which people talk about cloud, gives an impression that, it is simplest and the easiest technology transformation solution that has ever been evolved. Right from a Mom and Pop retailer to the CTO of a large enterprise keep discussing on it. People keep flashing statements like, I will move on cloud, I will have my cloud, I will go on public cloud, I will setup my private cloud, etc. However, we need to realize and understand that when things look simple, it means there’s lot of complex things are involved to make it look simple to a user.

So, when we decide to go on a Private cloud journey, it is prudence to understand and have the right approach. If not planned correctly, adopting a private cloud is like a marriage of the unknowns with surprises and probable compatibility issues. While considering to go for Private cloud, we recommend you go through the checklist, which will enable you to make an informed and well thought out decision. Though the checklist is not exhaustive, it will make you think in the right direction. For any transformation, careful planning and preparation is the way to success.

The following checklist for a private cloud initiative includes some basic competencies required for organizations that are virtualizing and consolidating data center operations. The checklist also includes other capabilities unique to managing a dynamic infrastructure environment to increase the agility of IT

Involve the stakeholders: As setting up a Private cloud is going to impact multiple stake holders and also change the way IT Services are going to be provisioned, it is critical that they are part of the journey. The transactional relationship between Business units and IT changes with the adoption of cloud and needs to be iterated and accepted. Agreement from all stake holders will be the key to develop short term plans and paving the way for medium and long-term plans.

Integration and Operation: The Existing Business Process, the IT Infrastructure and the tools in use have to be evaluated for integrating with the new cloud infrastructure. Though it is a challenging process, with proper process and plan it would be easy to integrate. The only casualty could be the elasticity of the cloud. You may also have to look into the diverse requirement of the hardware and software and plan as to how they fit into the cloud environment. In a cloud environment, as most of the applications are to run on virtual environment, it is important to evaluate, if the current applications can run on such environments.  Availability of storage and network resources is very critical during the entire life cycle of the Private cloud and proper evaluation on the workload, future growth has to be factored.

Introducing automation for various functions in a cloud setup will help in managing the cloud better and also help in ensuring success and meeting the objective of cloud initiative. The automation can be considered for Provisioning, Asset Management, performance monitoring, threat management, etc. Devops is fast emerging as the center for cloud Automation strategy and organizations should consider this. There are various automation tools available and the same can be evaluated based on organization’s requirement.

Metrics: To evaluate the performance of any initiative, it has to involve  measurable metrics and it is key that all stakeholders are in consensus as what would be the measurable metric and what defines the success of the project. The metrics has to be tangible in terms of productivity increase, speed to market, timelines, etc. Non tangible benefits like the ease of provisioning, process improvement also needs to be looked into.

Driving factors: As important aspect of Private cloud initiative is, the focus should be on need to have basis and not on good to have basis. The need of the business units and their requirement should determine the design and architecture. The implementation plan in consultation of the business unit is the key to success and has to be detailed out, including the fall back plan. The cloud design should be based on the Agility it brings to the business units along with simplicity and empowerment in managing the application development / deployment.

The focus should be to build applications for cloud, making the private cloud story a great success. As the future is hybrid cloud, application portability across multiple cloud has to be factored when building applications.

Training & Migration Strategy: Conventional development teams need lot of handholding to guide them through the migration process from the typical independent setup to a private cloud setup. There has to be a detailed training plan for enabling the team in understanding the Private cloud initiative, the benefits and the migration plan. The detailed schedule on migration is very critical. Private cloud is definitely a transformation strategy for an organization and requires lot of dedication and perseverance. The checklist will definitely act as a guiding block for a private cloud initiative.

Information Technology is the core of all inventions, innovations and businesses today. Despite concerns of security, Cloud computing is revolutionizing every industry. Safe to say, even on the days that are sunny, there will always be Cloud!

Dedicated cloud services with a service provider will result in increased performance, security and compliance

Key Differences Between Hybrid Cloud vs Multi-Cloud – Which one to choose?