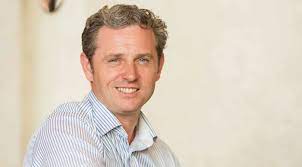 By: David Walsh, founder and CEO of CIM

The Prime Minister has said that technology is key to Australia meeting energy targets, but he has failed to talk about the critical role of data in his technology strategy.

Building analytics technology, pioneered by Australia’s startup sector, has the biggest opportunity to quickly and cost-effectively cut carbon emissions and play a critical role in curbing climate change. Australia can lead the world in showing how to leverage data to run the built environment more efficiently and help the Australian property industry achieve net zero emissions.

The solution is not about adding new hardware – a key element of the government’s energy policy. Software can make us much smarter about the energy we already consume. Australia doesn’t need to shift energy sources from coal to solar or wind or build new energy generation assets. We need to optimise buildings and use less energy. We need to think smarter about how we can reduce consumption. Even the production of wind, for example, has an environmental cost. Those pylons require concrete bases and concrete is the third largest carbon emitter on the planet behind the USA and China.

With heat ramping up from the Biden administration for Australia to take further climate action, the Australian Government and large building owners – commercial buildings, airports, shopping centres –  must not overlook HVAC, lifts, lighting and other building systems that contribute to operational issues.

The systems people don’t see, that keep buildings cool in summer and warm in winter, operate lifts and escalators and lighting use more than 60% of a building’s total energy consumption. But as much as a third of that energy is often wasted due to malfunctions, performance degradation and improperly tuned controls. When you consider that virtually all large buildings have operational issues, these statistics are hard to ignore and something that data can dramatically improve.

Working with many of the biggest building owners and operators in Australia over the past few years, there are thousands of opportunities to optimise the major systems in buildings. Software allowed one major building owner to detect almost 3000 faults across 23 buildings. The amount of wasted energy through those faults was equivalent to several days’ operation for a large coal-fuelled power generator, resulting in over five tonnes of CO2 being needlessly emitted into the atmosphere.

The performance of many buildings can be improved by reconfiguring how equipment is being used. But, the problem has been that building owners and managers have lacked the data to understand these unnecessary wastes of money and energy. But, by applying intelligent, data-driven tools in the right place, it’s possible to detect these opportunities for improvement.

The cost savings are not just operational. When a building improves its NABERS rating, it becomes more attractive to potential tenants, giving owners a market advantage. We have the opportunity to significantly improve the way buildings operate in Australia and in turn protect the planet and create a better world for future generations.

David Walsh is the founder of CIM, a world leader in building analytics software, making it easy to operate large buildings at their peak operational performance and deliver economic and environmental benefits.