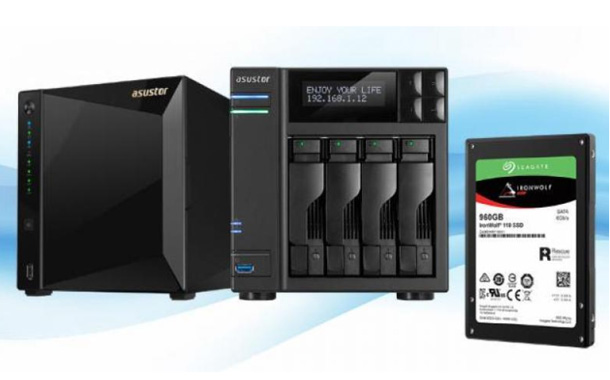 ASUSTOR NAS devices support SSD caching, which optimizes response times and transmission performance when accessing data while also achieving the best balance of speed and capacity. Supported on: AS31/32/50/51/61/62/63/64/70 Series

The fast nature of SSDs allows workloads to keep pace with the ever-increasing demands of modern times. With the all-new ASUSTOR AS4002T and AS4004T with 10-Gigabit Ethernet, ASUSTOR and IronWolf SSDs continue to break ever high speed barriers to meet the needs of performance users.