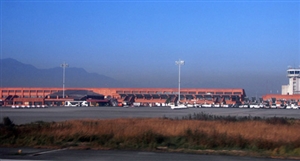 The order from the Civil Aviation Authority of Nepal total approx. one billion yen

NEC has received an order from the Civil Aviation Authority of Nepal totaling approximately one billion yen for the modernization of Tribhuvan International Airport in the nation’s capital of Kathmandu.

As a landlocked country where mountains account for a majority of the territory, air transport is vital for effective travel and circulation of goods in Nepal announced the press release. Tribhuvan International Airport plays essential roles for the country as its only international airport and a major hub for domestic flights. In order to accommodate the rapidly rising number of passenger flights in Nepal, Official Development Assistance (ODA) from Japan is being used to update airport equipment, such as aging surveillance radars and data processing systems.

By March 2015, NEC is scheduled to provide an air traffic control radar system, a secondary surveillance radar (*) that receives detailed operating information from airplanes and a multi-sensor information processing system that utilizes information received from radars. This will contribute to improving the reliability and efficiency of air traffic control services in Nepal while helping to ensure smooth and secure airport operations.