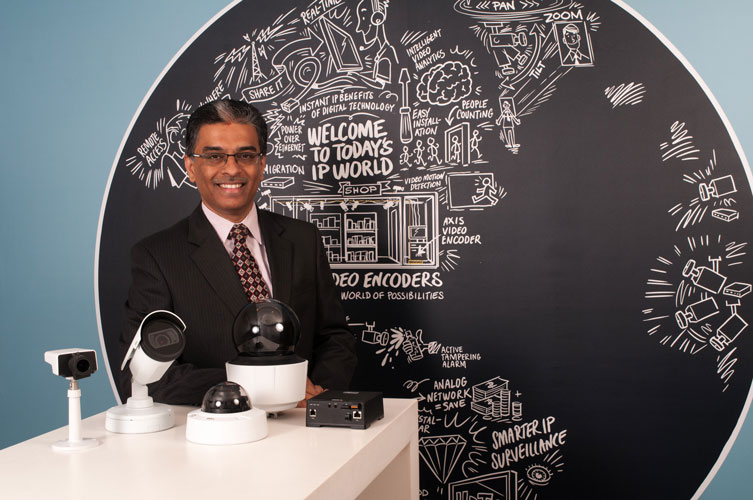 Axis Communications has expanded its footprint in Kolkata and the eastern India region and shared the successful implementation details of their association with Kolkata Police for surveillance and traffic management on the streets of Kolkata. The event also showcased their integrated smart solutions in IP Audio, Radar Technology, Network Cameras, and Thermal cameras. Centered around their philosophy of Creating a Smarter & Safer Tomorrow, the event brought to fore Axis’ recent success stories and their key takeaways from prestigious surveillance implementations across the country, including the implementation of surveillance systems in Vivekananda Stadium, Salt lake during FIFA U-17 World Cup, in 2017.

The Government of West Bengal has been proactive in adopting a one-of-its-kind smart surveillance implementation. As Kolkata Police has always been the forerunner of the agenda of making Kolkata the safest city for the residents, the partnership with Axis Communications has successfully helped them in setting up high-resolution cameras across the city. Additionally, Axis Zip Stream Technology has helped them optimize bandwidth and overall storage requirements of the mass video produced throughout the day, 24*7. This, in return, will help them track, monitor, and analyze the video feed for detecting criminal activities, traffic violations, and road conditions real time.

Highlighting the efforts that led to the successful association with Kolkata Police, Sudhindra Holla, Director – India SAARC, Axis Communications said, “We are proud to be a partner of choice for the Kolkata Police city-wide project. This is an example of a city authority participation towards building a safer and secured smart city. We have 800+ camera installations across the city to track, monitor, and analyze the video feed for detecting criminal activities, traffic violations, and road conditions. With our strong portfolio of product line-up, we aim to support the authorities to deliver high surveillance and build a model Smart City.”

Concretia Lays the Foundations for Rapid, Process-Driven Growth with Salesforce